The first stage of the FIS Roller Ski World Cup has ended in Beijing. The program of the competition consisted of two sprint races – 200 meters, 1500 meters and a mass start, the distance of which was 20 km for men and 15 km for women. 127 athletes from 14 countries took part in the competition. 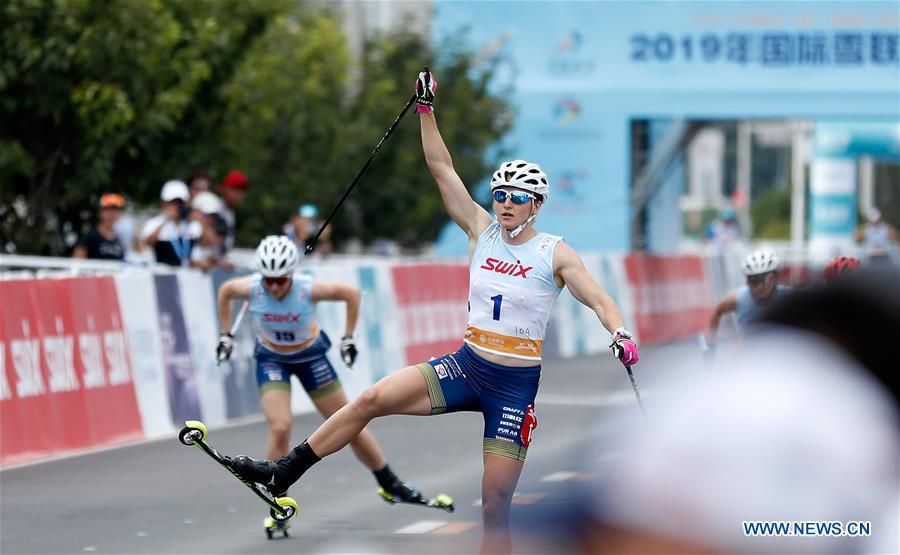 Ding Dong, Deputy Director of the Winter Sports Administrative Center at the General Administration of Sport of China, called it a rare opportunity to organize such a high level roller ski event at home. Chinese athletes were able to promote themselves whilst recognizing their shortcoming and skill disparities through competing with international athletes. 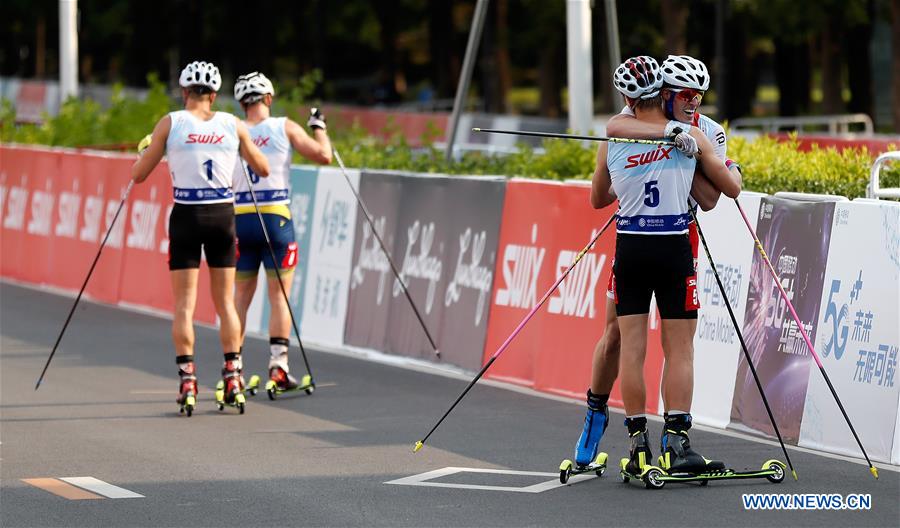 According to Ding, citizens were encouraged to participate after the professionals have finished at the World Cup. “It is an important mode for us to run competitions combining professional events with public participation, so that the general public can enjoy competing in the arena. This will encourage more people to develop an interest in roller skiing and winter sports,” said Ding.

Capital’s weather prepared a lot of surprises – on the first day of the competition the air temperature in Beijing rose up to + 40 °C, and on the second day it rained heavily. However, the weather didn’t prevent Johannes Klæbo and Lynn Sömskar from taking over the overall leaders yellow bibs by winning both sprint races. 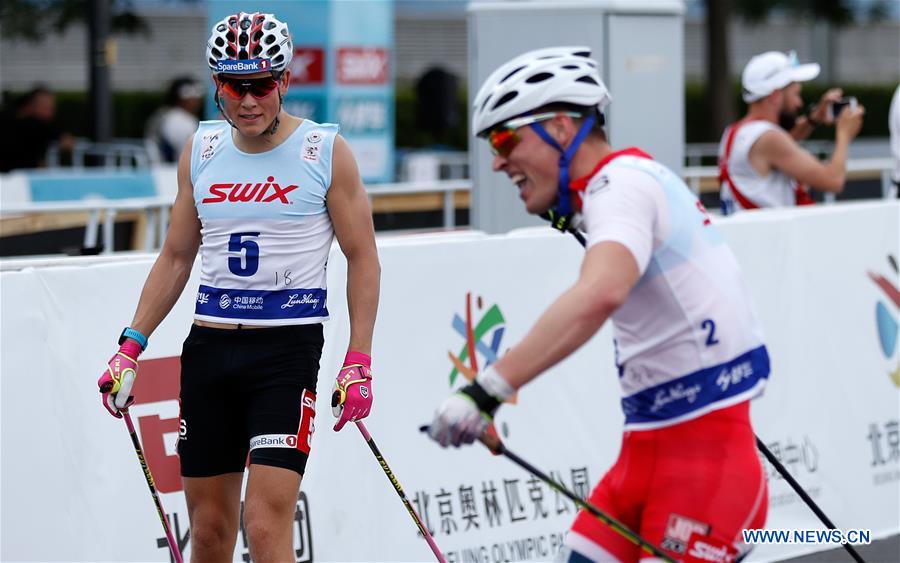 Sprint races consisted of qualifications and finals. The best among women in the first race were Lynn Sömskar from Sweden, Norwegian Anikken Alnæs and Lynn’s teammate – Moa Olsson. Last season, Moa performed among juniors and showed excellent results. Among the men, the Norwegian trio was the best, expectedly led by Johannes Klæbo, who holds the record for the number of victories in sprint races within one season. On the podium he was joined by Ragnar Andersen and Alexander Ek. 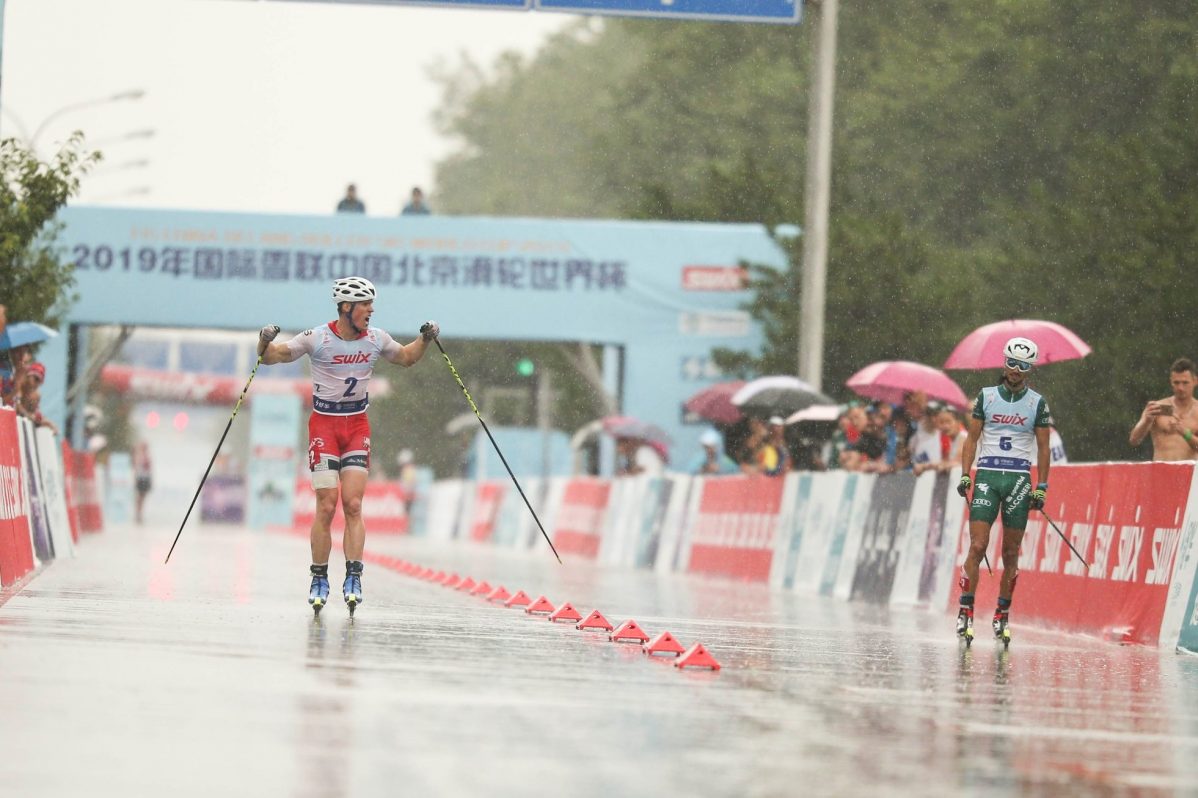 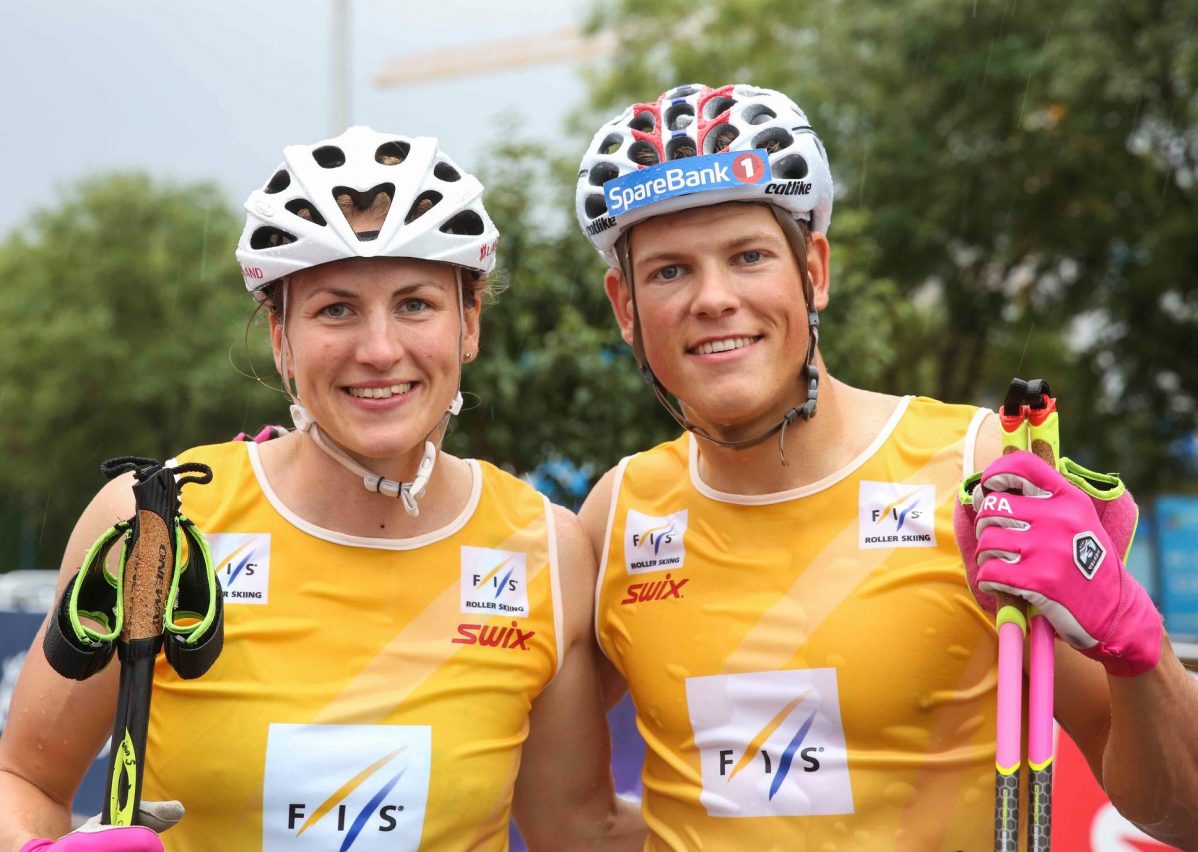 After the 200m sprint the winners remained the same, but the second place among women was taken by Julie Arnesen from Norway, and the third – by Swede Jacqueline Lockner. Julie, as well as Moa Olsson, last year competed in junior competitions. Unlike Beijing, in Khanty-Mansiysk and Madona last season, the 200m sprint was taken over by her. Her teammate Jostein Olafsen became the second among men, and Ragnar Andresen again rose to the pedestal, this time to the third step. 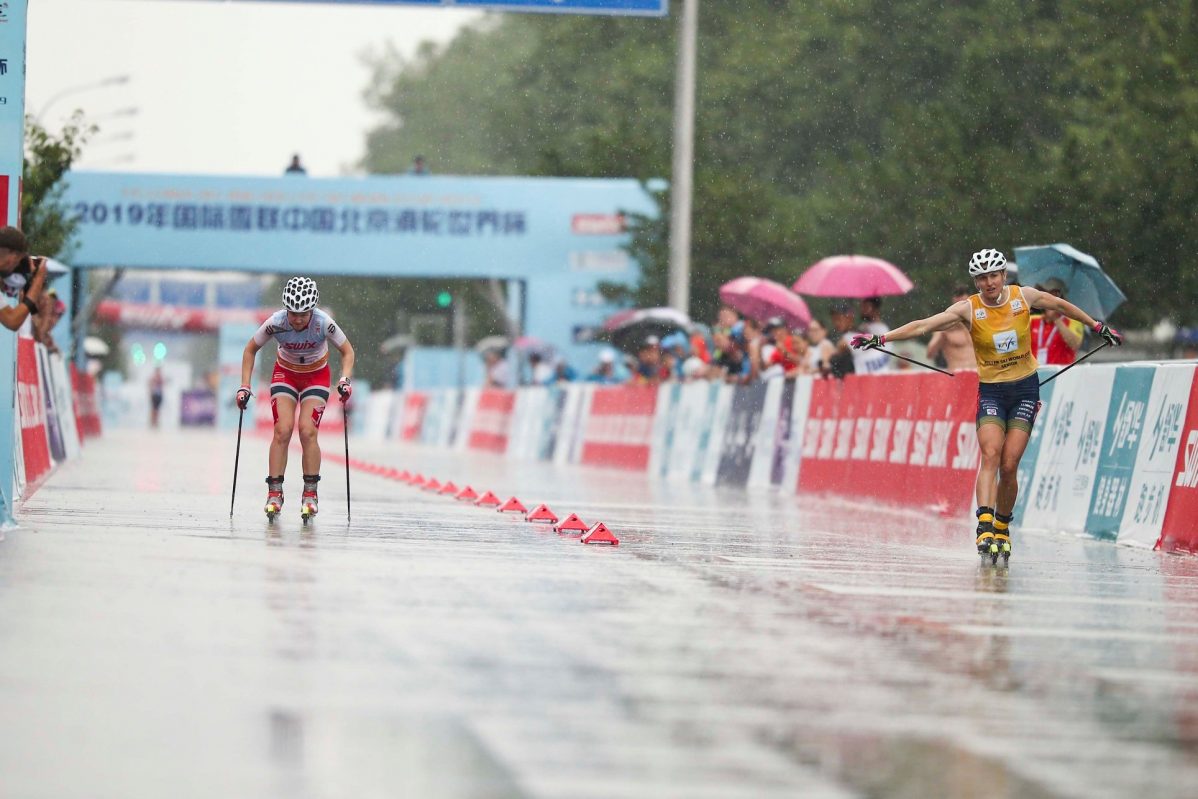 The defending champion of the Overall standing Alena Prochazkova crossed the finish line fourth in both sprint races. The overall winner among men, Robin Norum, showed more modest results, finishing ninth in the 1500m race and eighteenth in the 200m race. 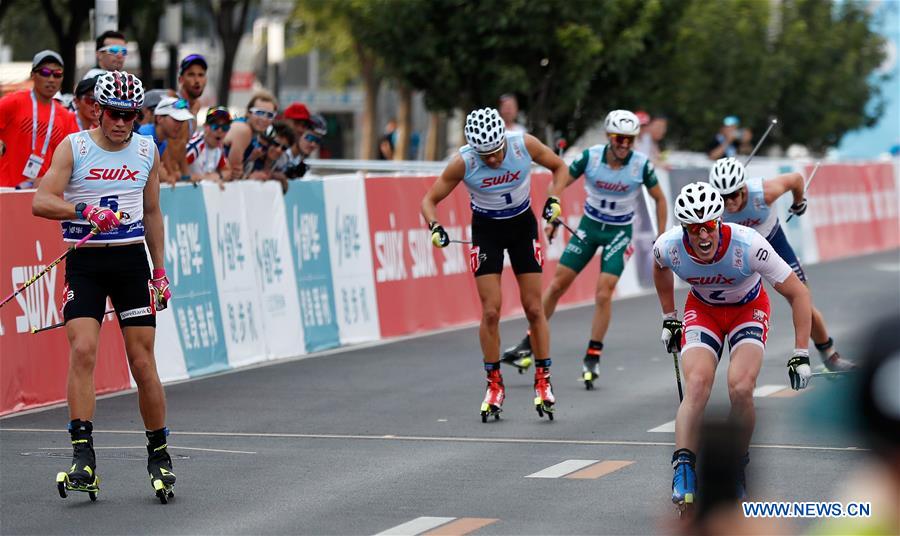 The best among Russian skiers were Vitaly Smirnov and Olga Letucheva. Vitaly placed sixth, when Olga placed seventh. In addition, Evgenia Shapovalova and Alexander Grigoriev were in the top ten. 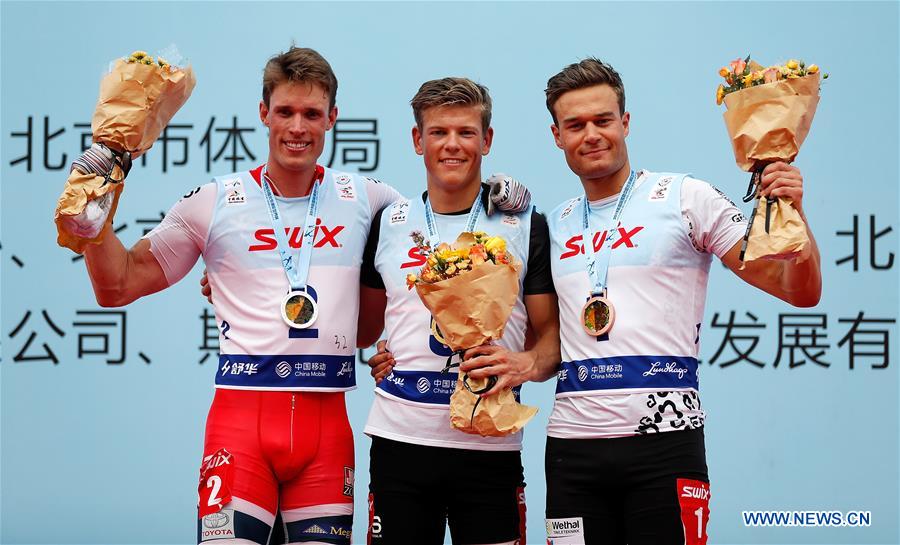 A 20 km mass start brought the first victory to the Chinese team. The first place was taken by Wang Qiang, Norwegian Ragnar Andersen, who got on the pedestal in all races of the stage, placed second and Swede Victor Gustafsson was the third one to finish the race. All three athletes showed the same time – the winner was determined by the photo finish. It was one of the most dense finish in skiing. The top ten athletes in 1 second. If the first result was 51: 28.5, then the tenth participant showed time 51: 29.5. 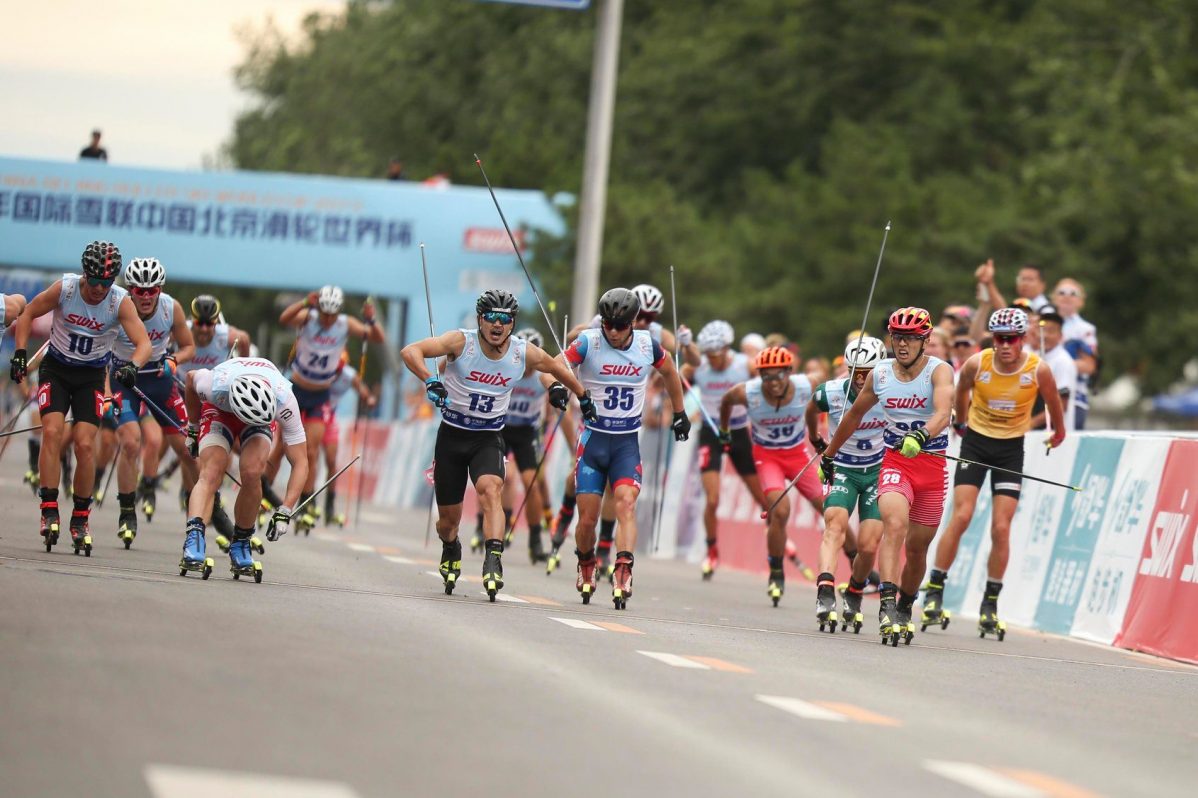 The best result among the Russian athletes was shown by Alexander Grigoriev, who finished ninth after Johannes Klæbo. Robin Norum placed 19th. 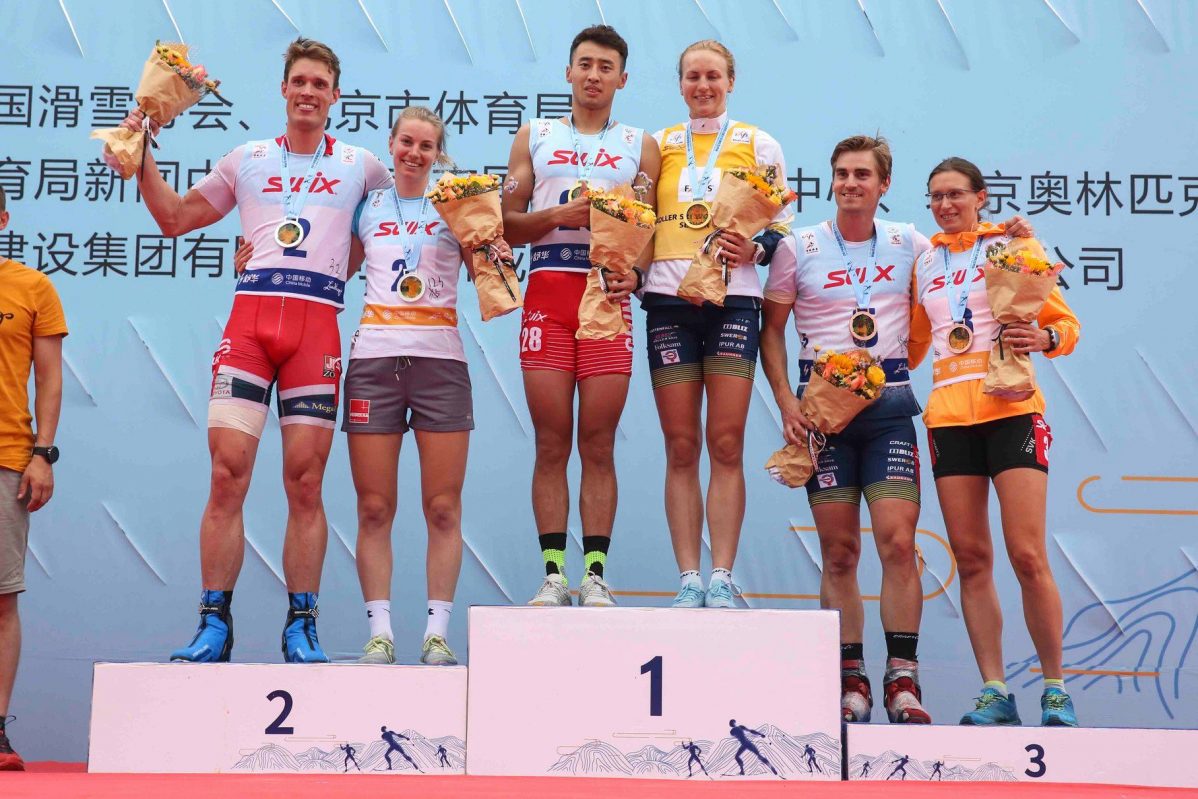 The same intense fight for the podium happened among women. Lynn Sömskar won again, becoming the undisputed winner of the World Cup in Beijing. The second place was taken by Anikken Alnæs, and Aleona Prochazkova, who reached the podium for the first time, placed third. Russian athlete Maria Chernousova finished eighth. 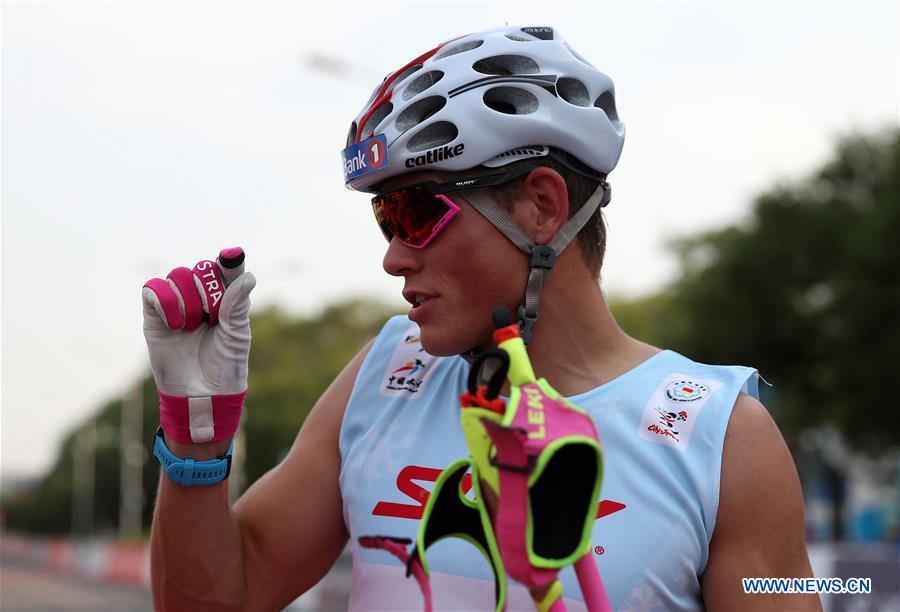 Athletes will have a long break before the World Championships, which will be held in Madona, Latvia. The main start of the season is scheduled for August 8.